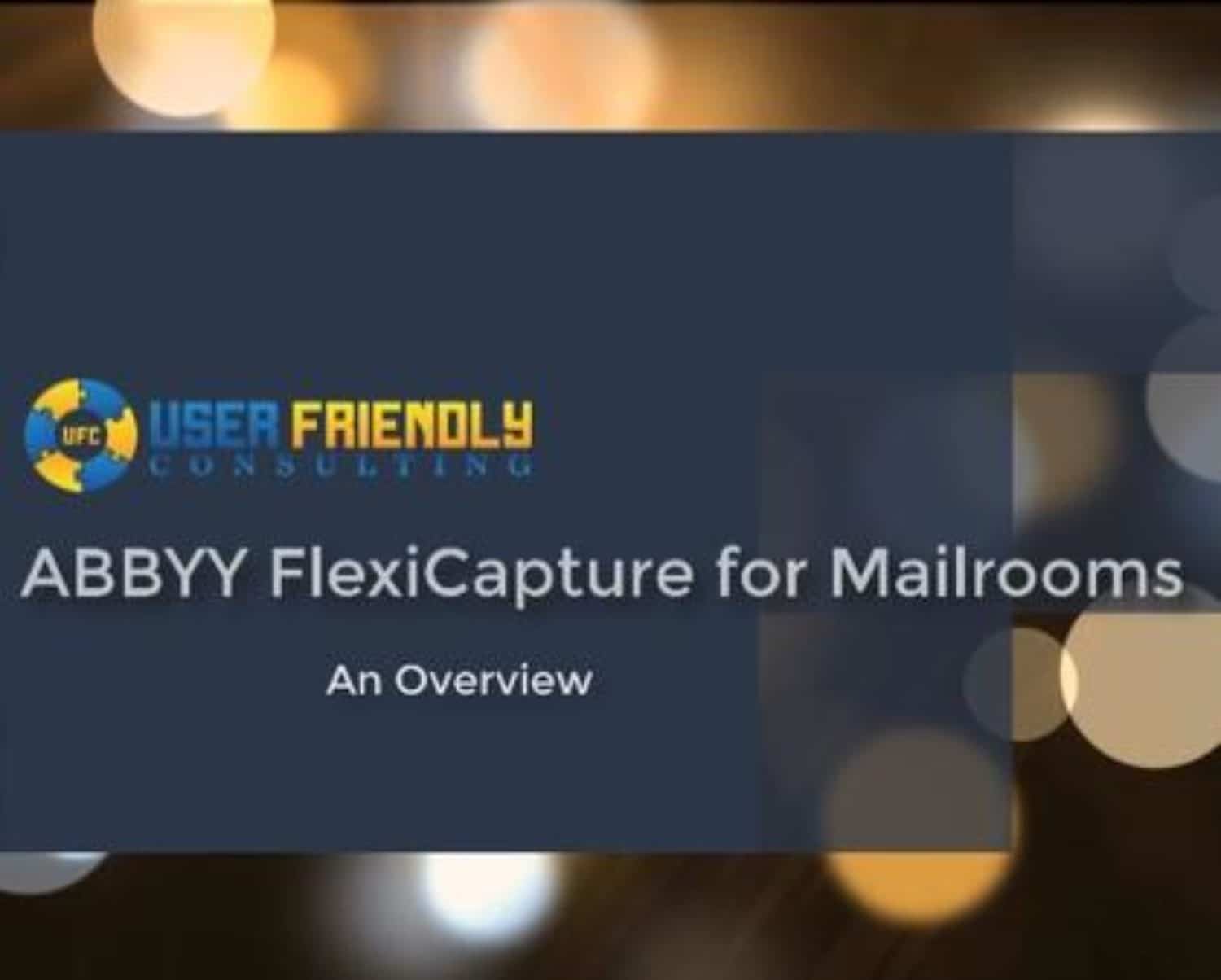 Watch how simple it is to setup a “mailrooms” project where you can send a variety of documents into ABBYY FlexiCapture and let it determine the document type.

You can see here I have my auto classifier projects started, and I provided it a sample set of documents. Now, that sample set is right here. These are the samples that I used, so I just provided a folder of documents here. I can go in here, and you can see those different documents that we did. We provided those to the software, and now what the software is going to do is allow us to control what happens here. We have what we call a training set and a testing set. The training set of documents are the ones that the software is going to consider itself fully trained on, so these are documents that you want to consider positive documents for that specific document type.

Then, of course, testing is so that we can throw a variety of documents at it and let the software tell us which ones it believes they are. That’s the difference between a training set, but the training set’s very important because that’s what the software is going to train itself upon. That’s what we’ve done, and you can see here we’ve sent in some documents, and you can see it’s trained. Then we can actually force the software to classify these by using our classify button. When it classifies them, it’s telling you what it believes that document is. We can kind of go through here and do just a few of those so you can see those. We can go into contracts and, of course, we can go into letters. You can see we had those categorized.

Now, we could, potentially in the real world, go deeper for a letter. For example, we can do things like positive letters or negative letters. If somebody’s sending us positive feedback, we may want that categorized and routed one way, and if it’s negative or a complaint, we may want that routed another way. That’s an example of how we could control different content of it. Now, the software uses two approaches, and you’re going to see that here in our properties. You can use what we call visual classifiers, which means the software’s going to look at the document and use the way that it looks at it to determine the document type, or we can use what we call content.

Content means that it’s going to use the text on the document, also known as OCR, to determine the type of document it is. Visual, once again, uses how the document looks like, and content looks at the actual text on the document. That’s why, of course, on a letter, for example, we use content instead of visual, because we’re all about the content on a letter. Now that we’ve classified, we’ve categorized our documents in the classification designer, all we need to do is train the software how these documents look, and that’s a very simple process. Now that we’ve categorized them, all we’re going to do is go to classification, and we are actually going to train the project.

Training will take all of this into effect. It will look at all of our documents in the training set and train itself on what these are. Now it’s completed. What we will do now that it’s done is we can actually send documents to the software and see how the software categorizes them. That makes us complete with the classification designer, so now we will jump into the FlexiCapture side of it, where we’re actually processing live documents. In order for you to see that, I’m going to send some documents in. I’m just going to send some random documents just so you can see these. Into the software, and we’ll let those cement here very quickly.

You can see the progress being reported on this middle, but the important part will actually come within the FlexiCapture setup statement when we look at the batch. I’m going to look at our working batches. Now, we’ll let this finish here. We did send, I don’t know, four or five documents. There is that batch that we just sent. If we look at the batch, we can see that there are four different documents that we sent. If we look at them, here’s the neat part, is the software has determined, based on the classification designer training that we did, what kind of document type it is. You can see that there. It believes this one’s a letter. It believes this one’s a banking document, which it is. It believes this one’s an ID card, which I’ll show you here that it is as well, so there’s your ID. That’s the top one I skipped.

That’s a very quick demo of how FlexiCapture from Mailrooms worked. I hope you enjoyed it. If you have questions or have an interest for this in your organization, please contact us. Thank you so much.