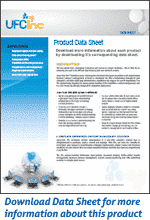 
MuWave® Forms Pro is a plug-in Quillix™ Server eXtension (QSX) that extends Quillix to include advanced forms processing capabilities.  This provides additional automation to the capture process, saving organizations time and money by reducing or eliminating user intervention.  This web based solution leverages the powerful capabilities of ABBYY’s Flexicapture and FineReader Engine to provide a comprehensive forms processing and document capture software solution.

MuWave® Forms Pro provides an advanced forms processing software system by harnessing the Quillix Web capture solution with forms processing engines by ABBYY. Advanced features include forms recognition, ICR, OCR, and OMR using either the ABBYY FineReader Engine or the more powerful Flexicapture Engine 10.  MuWave® Forms Pro also includes the ability to decode 26 different types of bar-codes with an accuracy that is unsurpassed in the industry. Other advanced features include a batch preview option that enables incoming batches to be previewed to make sure they are properly organized before assembly.

MuWave® Forms Pro provides an optional batch analysis capability. This function enables each incoming batch to be previewed instead of being automatically assembled.  The batch is reviewed and the barcodes are read. If the configured parameters do not match the requirements, the batch is returned to a queue with information revealed on the first page of the batch telling the user how the batch would be assembled as well as revealing any problems found in the batch.