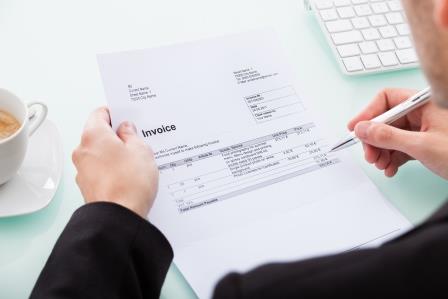 In this article we take a look at an EDI standard identified by the acronym “ZUGFeRD” which is an emerging set of rules for the creation of an invoice document in PDF format but containing embedded data used for automatic processing.

The Current State of Invoice Creation and Payment:

These days fewer and fewer companies generate invoices by manual means.  Most invoices are generated through the use of an accounting or Enterprise Resource Planning (ERP) system.  Invoices are printed and mailed or else saved in a common electronic format such as a PDF which may be e-mailed.  Some companies utilize something called Electronic Data Interchange (EDI) to send and receive invoices as well as many types of documents including purchase orders and shipping notes.  Standard electronic formats (rules) for EDI have been developed including the international “UN/EDIFACT” standard as well as other standards including the one that is most widely used in North America which is called “ANSI ASC X12” or just “X12.”  EDI typically provides for the transfer of the very same information that would appear in paper documents. Because the information is sent and received electronically, EDI provides a means of eliminating the manual processing steps for each of the documents for which it has been implemented.  It allows companies to operate as efficiently as possible and to implement strategies such as “just in time” inventory control that would be impossible without a fully automated ordering system. EDI isn’t for everyone though because it requires a company’s customers and suppliers to also adopt it.  EDI can also be difficult, time consuming, and expensive to implement. In addition, EDI is often only implemented for a portion of a company’s documents.

Statement of the Problem:

Large companies have dedicated IT departments that cooperate in the design, implementation and ongoing support required for complex EDI processes. Anyone who has worked with such a company knows the extent to which the EDI standards are written in stone, and enforced with an equally solid hammer! But what about small companies whose growing invoice volumes creates a situation where they would greatly benefit from EDI?

Although forms processing software can be used to automate the processing of manual invoices, shipping notes, purchase orders, and other documents that are received by paper mail, e-mail, or other electronic means.  These documents can be matched against a company’s accounting or ERP system and then orders can be placed, invoices paid, and inventories updated automatically.  Many companies utilize this software to process documents for the companies they have not implemented an automated EDI arrangement with.  There is a solution overseas that is starting to become known in the United States called ZUGFeRD.

ZUGFeRD is an abbreviation for the German phrase “Zentraler User Guide des Forum elektronische Rechnung Deutschland.”  The letters in the abbreviation roughly form the German word “Zugferd” which means “cart horse” or “draft horse” as we would say in the states.  ZUGFeRD is a standard – a set of rules – for invoices which combines a normal looking invoice in PDF format with embedded data that can be used for automated processing.  The invoice may be transmitted between companies through e-mail or other electronic means without first having an established EDI relationship.  The standard is easy to understand and IT personnel can easily extract the invoice information from incoming invoices since the data is in the familiar XML format.  This data may then be used to automate the processing of these invoices.  Companies without the expertise to extract the XML information from the ZUGFeRD invoices may simply process them like any other invoice either manually or using forms processing software.  A second advantage may be obtained by companies who also begin to transmit invoices to their customers in the ZUGFeRD format.

We can’t put the cart before the horse, but ZUGFeRD is likely to become better known in the United States in the years to come.  In addition, other documents are likely to be supported by the ZUGFeRD or similar standards. Stay tuned to this blog as we continue our research in these areas.  In the meantime, we here at User Friendly Consulting would like to work with you to implement automated invoice processing. Our experts here can help you reduce your accounts payable expense in this area by 40% on average. Find out more about ABBYY FlexiCapture for Invoices.